TAU: "Lambda I and Other Stories" by John Carnell 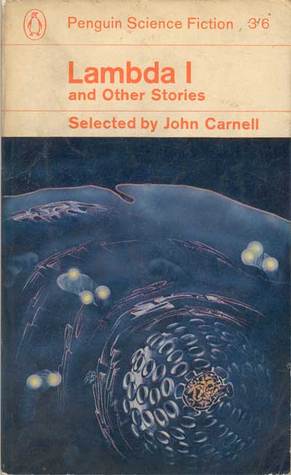 Since the subject of transportation has come up, I thought I'd recommend the short SF story, "Lambda I", by Colin Kapp. It appears in an OLD anthology I have around here (1964) called "Lambda I and Other Stories", edited by John Carnell. The story involves a transportation system (called "TAU") which managed to wipe out virtually all other forms of medium to long range transport systems. The TAU technique involves taking very large ships, and "resonating" them in such a way that they can pass right through sub-atomic spaces.  Thusly, TAU ships "slide" through ordinary matter. They are given a "push" at the originating terminal and travel in a straight line through the earth to their destination. The plot involves the major disaster that occurs when a large TAU craft becomes trapped in TAU space, and the possibility appears of its power failing before it could be freed (in which case it would return to normal space sitting inside solid matter.)
I recommend it highly.

[2018 EDIT: This review was written at the time as I was running my own personal BBS server. Much of the language of this and other reviews written in 1980 reflect a very particular kind of language: what I call now in retrospect a “BBS language”.]