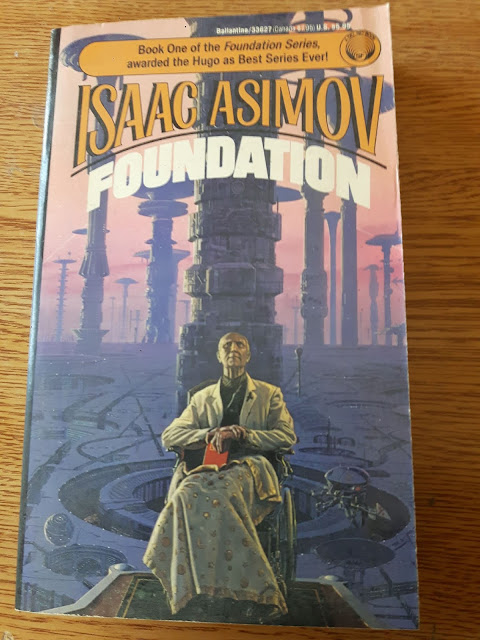 If I remember rightly, Asimov's robots do indeed find a cunning way around the three laws - they invent a Zero-th Law which states that "no robot can injure humanity or through inaction allow humanity to come to harm" which doesn't directly contradict the First Law, so their brains will accept it, but has the interesting effect in moral philosophical terms of turning them from Kantians to utilitarians. So rather than being guided by an absolute "thou shalt not kill" imperative they become able to kill or harm humans if and only if they have calculated it's for the greater good. Rather than becoming brutal overlords because of this (as the other laws still apply) they end up guiding the development of humanity quietly from the shadows, taking on a role not a billion kilometers from Ian M. Banks's AIs.

Part of the beauty of the novel for me was making the connections between the lines of characters in between chapters. They're not always there but the learning process regarding Asimovian lore while reading the book is great. If you really want to be sold on the brilliance of Asimov, I have to recommend one of his moderately short stories, "Nightfall." It was my first read of his and has since made me a longtime fan. 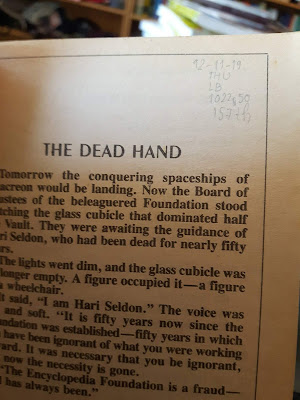 It means that everything we do is balanced on a knife edge between social and selfish impulses. The societies we create mean that people fill niches in that social structure in such a way that although individuals have flexibility of thought and predictive intelligence to work out eventual harmful consequences of collective actions, there is no flexibility in the structure to allow fundamental change in the direction we are heading together. That's why we have the rise and fall of empires through the ages and a seeming lack of ability to avoid the effects of climate change, despite knowing about it. I wonder sometimes if Asimov had it right. He seemed to suggest that human social structures are subject to the same chaos theories as weather patterns. If you could predict the consequences of small changes could it fundamentally alter the outcome of human existence at a later date and avoid catastrophic population collapse. However, I also wonder if the societal niche theory means that societies are self-healing. For example, if you went back in time and stopped Hitler's birth would that small change result in a fundamental shift in our history or would someone else simply have moved into that available space and carried out the same role. How predetermined is our fate? 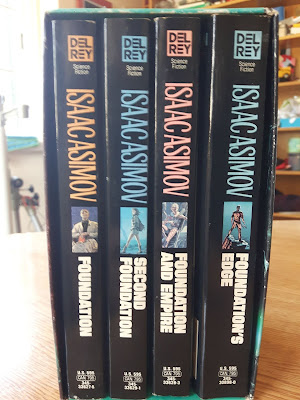 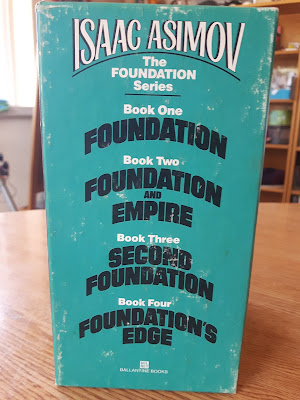 I think a lot of our issues have arisen because we are a semi-social species. We are neither so altruistic as an ant nor as sociopathic as a solitary predatory species. However, perhaps it's only a semi-social species that can evolve predictive intelligence to the same capacity as ourselves. I think I may have just found my question for the "science" of Pychohistory.

Is there a possibly a mathematical model to predict the fate of the human race? It's possible that's the sort of question you should only ask a mathematician after you've taken them to the pub and fed them a couple of pints of beer.

NB: I've read these stories also as an adult and seen a subtext I missed, that the entire galaxy is a thinly-disguised Manhattan and Brooklyn. Once you've visited the city it adds a different perspective. Reading it in the sequence the stories were originally released also makes a poignant tinge as the kid gets disenchanted with Marxism and the possibilities of treating Sociology as a predictive science. It's no more literature than Dickens was.