Not About Free Love: "Stranger in a Strange Land" by Robert A. Heinlein 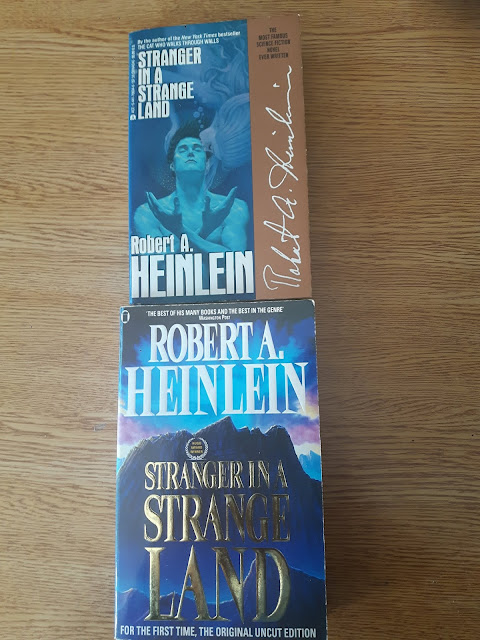 (My first two copies of "Stranger in a Strange Land" in English; I can't seem to find my Portuguese version, the first edition I ever read of Stranger)


“Dr. Jubal Harshaw, professional clown, amateur subversive, and parasite by choice, had long attempted to eliminate “hurry” and all related emotions from his pattern. Being aware that he had but a short time left to live and having neither Martian nor Kansan faith in his own immortality, it was his purpose to live each golden moment as if it were eternity—without fear, without hope, but with sybaritic gusto.”

In "Stranger in a Strange Land" by Robert A. Heinlein