Bookcrossing: "The Partner" by John Grisham 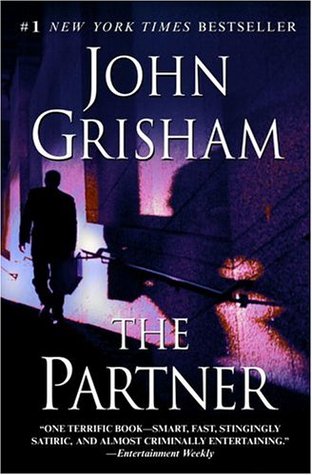 This morning on the Tube I saw a Grisham lying around, “The Partner”, and I was tempted to take it, but it was not marked as a bookcrossing book - so I wondered if somebody had only forgotten it or lost it out of his backpack when leaving the tram in a haste. So I left it in there. Of course, somebody might have finished it and let it lie there for somebody else to take it. But since there was no affirmation that it was fine to take it I did not want to commit trover and left it. Shame, it would have been my first Grisham. Yes, I know, he wrote lots and is a bestselling author, which is usually a sign for someone who has found a formula that works, but he is a lawyer and writes about what he knows. I didn’t Laws - not even Portuguese ones. Not that I lack books. I could always finish Cortazar's Winner next. Or Snow Child ... Or that Portuguese single volume Fantasy book. Or ... Or ... Or ...

What would you have done?

And if some of you let a book lie around in public transport after finishing it - do you mark it as Fine To Take? Or do you just let it lie around?

Bear with me, for I have to say it: Cortázar over Grisham any day ;) Do you think you’d probably pick it up? I don't imagine someone would rush back to get it.

Got to give Grisham credit for what he does though: some great easy reads, that help you get back on track when you start caring about your corporate employers just a little bit too much. Don't think I've read more than two or three books of his, but nothing particularly cringe-worthy (one star reading, I mean) comes to mind. I never leave books in public transport: I'm a compulsive hoarder, so all of them (finished or not) pile up on my bookshelves. There are, however, quite a few begging to be taken to second hand book stores, those that I can't stand or those that deserve a new life.

Maybe as I get older and turn into a waterpot, it’d entitle me to take whatever the hell I want in the world of abandoned books. I don’t speak as a waterpot and my word is not final (*Yeah, finally all those Regency Romances have paid off! ;) That is where my usage of "waterpot" stems from. I knew it would come in handy one day. Next time I will try to fit in the word "fiddlesticks", stolen from "Little Lord Fauntleroy".)

NB: I used to participate in our Portuguese equivalent of Bookcrossing, but gave up because it seemed to get very competitive and infested by Romanians shamelessly looking for free books - the original spirit was lost. I would never take, let alone leave, a book on public transport. Maybe after turning into an waterpot things will change...
Publicada por Manuel Antão à(s) 1:54 da manhã Sem comentários: 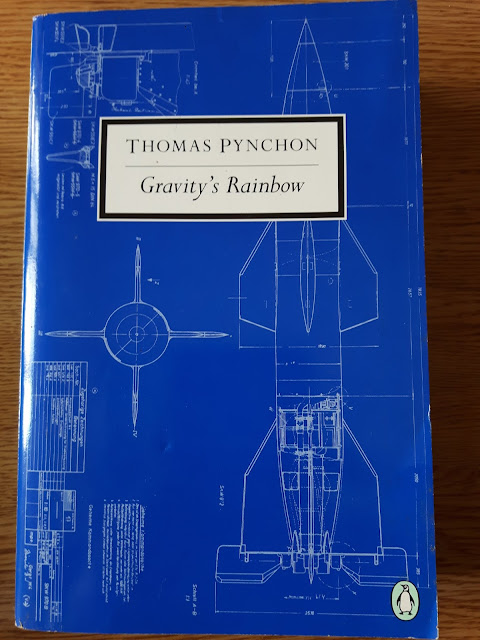 I think I found it difficult in the sense of its denseness in fact. Well, I find it hard to answer the “difficulty” question with much certainty; I'm equivocating. I don't love it all equally no, that's not the case. There are parts that I prefer immeasurably to others however, simply because I prefer I'm not sure whether that persuades me that it would be 'better' in some sense without them. I don't have the figures for specific chapters with me but I do know that Joyce added a lot to some of the later chapters - from Oxen of the Sun to Ithaca I think - meaning that the manuscript expanded in proof. I think you notice this as you read it, right? On balance I'm not entirely convinced how 'necessary' some of the parts of the sections are, e.g., the example of Nausicaa would be a good sample of that. Still, I wouldn't want this to be a judgement too forcefully made - sometimes length, in my opinion, can be used not simply as 'story' or 'padding' but a sense of the passing of the time itself or a changing impression of the situation as it continues. For example, to some degree if Nausicaa was a great degree shorter I would be wary that the joke was too easy, the more critical parallel, ironical perhaps, less so.

To take, again, a bit of care with words: for me, Donne and Keats and Dickinson are "difficult", in that seeing the image(s) and working with the syntax both to come to understand the meaning-generation in the poem and to enable the emotion in me to be clear (though not dissolute for its discernment) are slow and toilsome. Others may find these poets 'easy'. Proust is, for me, "difficult"; a lot of times, I have to rewind sentences and whole pages to figure out what he's saying. Again, other readers might find Proust to be a smooth cruise.

I gulped Gravity's Rainbow in a couple of weeks, I think now because the sophomoric humor and 'cabals and caries' intellection were just the companionship I then needed. "Dense"- lots of characters, situations, ideas, cleverness- sure. "Difficult"? Not that anything potent doesn't continue to mean 'more' because it continues to mean differently, nor that effective writing is ever controlled by one's understanding of it, but I didn't, and don't, think Pynchon is, let me say, 'hard' to read because one doesn't know what's happening in his pages. That's not burdensomely much rarefaction "to admit" to, is it? I'm of the opinion that a novel should be as long or as short as its contents demand. I have conquered such novels of length as “Underworld”, “The Runaway Life”, “Ulysses” and “2666”, all of which I feel were not too long, as there power relied on their length. I do feel however that a novel will suffer financially if it exceeds 500 pages but this is just one of the many casualties of the era "I want it big and right now" generation. 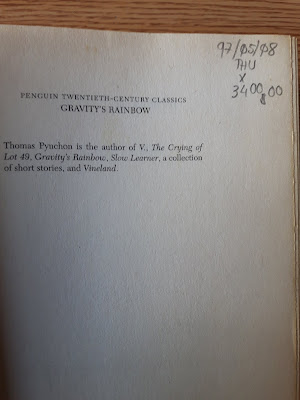 I think you'll find, if you keep reading, that there is depth of character in Pynchon (save where, as in all fiction, we're dealing with one-liners). You'll also find, if you get through it, that you'll have to read it again someday. And it'll be a different book when you do, characters included. Whereas a James Michener or Dan Brown tome will never, ever change. Ever read that paradigm work of fiction, The Bible? Is there "depth of character" there? Read, e.g., the story of David's career- all we're given as description is that he's a ruddy good-lookin' kid. That's all. (Which is about as descriptive as Biblical narration ever gets- what did Abraham look like? Not a word!) But in a few books you learn a great deal about (his) character. Actually, if you read the painfully succinct account of "The binding of Isaac" in Genesis, you'll find a great deal of Abraham's character revealed as well. There's more than one way to get there.

Bottom-Line: Pynchon employs paranoia and conspiracy themes in his work because those are the warp and woof of America's Puritan heritage. Which, although most present-day Americans wouldn't recognize it, is no less present than the air we breathe. Pynchon's family tree is entwined in that heritage; William Pynchon, the first in the new world, wrote a theological treatise titled The “Meritorious Price of Our Redemption”, published in 1650, denounced as heretical and publicly burned. In “Gravity's Rainbow”, Tyrone Slothrop's ancestor William writes a treatise titled “On Preterition”, which suffers a similar fate. Plenty of clues there as to what Pynchon's up to! But it took me about 200 pages before I even worked out where I was and what I was doing there...