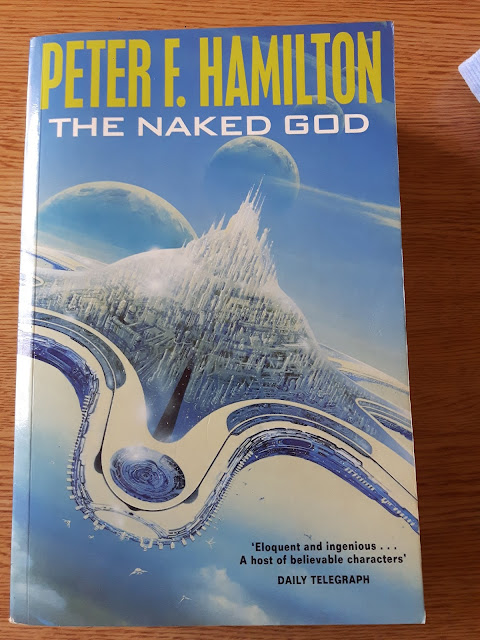 “I’m an appropriate companion personality for a girl your age, young missy. We spent all night ransacking that library to see what I should be like. You got any idea what it’s like watching eight million hours of Disney AVs?”

In "The Naked God" by Peter F. Hamilton

Hamilton is giving Doc Smith a reboot. That’s what I thought of when I tried to read some of Hamilton back in the day and didn’t like it, namely "Night’s Dawn" trilogy. Everything in the book is the biggest, baddest, most world-ending threat anyone has ever seen—until the next thing shows up in a couple chapters. The alien technology is always perfect and unassailable. And the above excerpt exhibits some hallmarks of the same juvenilia. I’m gonna pass. Also that’s not to mention the super off-putting sexual dynamics in those books. Written in the 90s by the way. Not joking, almost every single female character is a slut and/or brazen nymphomaniac. Except the ones who are soulless demons, well actually some of them are sluts too. The main dude sleeps with much all of them. 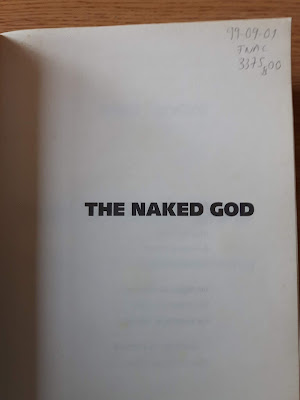 And they are pretty much all killed or in some way punished exactly in proportion to their sluttiness, except the one who’s loyal to the main dude. I’m all for sex and even occasional "male gaze" in my SF. But this author is or was, completely over the top. "The Naked God", being the final volume of the trilogy, returns to an exacerbated version of the flaws that were so prevalent in the first book’s structure. Once again, we’re seeing events through several hard to connect plot threads, and since the number only swells as the series progressed, the amount of different side stories is truly unwieldy by this point making it a mess by the end of it. And don't get me started on the plot twists: "We just created a bunch of immensely powerful weapons using future knowledge." Now ground them and only copy information on how to build them in an unsupervised asteroid in a unsupervised solar system of your choosing. It's not like that Ultras are nomadic and roam all around known space, and are capable of hacking the locks... (*I know what you're thinking*)

All in all I prefer "Doc" Smith. 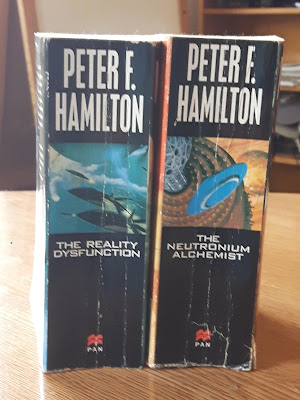