The Kabbalah: "The Elegant Universe - Superstrings, Hidden Dimensions, and the Quest for the Ultimate Theory" by Brian Greene 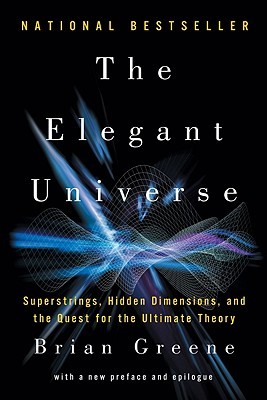 The Kabbalah also describes 10 dimensions and beings that inhabit them.  Perhaps these beings are real and at certain levels of dimensional perception they have already seen and experienced these advancements in human history like a child being taught 2+2 to the wave compilation of an electron Y=h/mc = 2.43*10-12m.

Mathematics, My Daddy says is simply a game or a toy for the mind. I enjoy playing with math though I truly know now that it is not Universal Knowledge. Mathematics is like some sports. It brings Me fun and excitement. Sometimes I get low scores and I feel sad, but My Daddy simply tells Me that if I want to perfect the exams, I have to study harder. As you all can see, all the so called greatest mathematicians and scientists and physicists humans' scholars humans gave so much high regards to have immediately realized that all those books and all those studies and all those "humans once thought of as knowledge" became child's play if not garbage right upon My Daddy revealed this Universal Truth and Knowledge. Literally speaking, humans are among the most primitive civilizations in The Universe and yet we humans are very arrogant, sinful and blasphemous because we, humans do not know any better.

The numbers below show and reveal the absolute humans' ignorance of The Universe: here on earth, humans' system of #counting #interpreting Time is by almost literally "counting" the tiks and the toks of our grandma's clocks:

Humans' degrees of comprehension can only barely grasp what a picosecond is. This is the very reason why humans have so much avoided putting mass(m) on Time(t) because if that were so, and truly IT IS, mathematics would be useless as an old garbage program or application. So they humans began fooling themselves falsely thinking that they humans have been acquiring knowledge while truly what they have been acquiring and feeding their minds with are to the letter, garbage. THE UNIVERSE deals with Time as events, and with it, mass, energy, velocity, speed, and acceleration and everything. Each one, IS unique.

How does someone describe, something - that we haven't developed a language for, so that we CAN describe it.
===
We start with 27 dimensions - of creation.
Outside creation we have some dimensions … that are born (not created).
These dimensions … contain .. what is needed - for the created dimensions (so that they can exist).
===
In the these dimensions ... every particle is … omnipresent (Read: infinity speed).
This .. is not: x=(a number) .. but .. f(x,l)=a result (that contains many different things). Among them - time (both movement and dimensions).
It also contains :
- The ability for life.
- The ability to create.
- The ability for "producing energy" (The emptiness between the rings).
(The energy is not produced, in the manner we use it, in "the daily
language", but as a result of two waves - "gathering mass", so that they can
become a wave.
"The Vacuum" between the waves - "becomes energy"
#####
[Read the beginning again: I said that we didn't have developed a language for this, yet.]
#####
- f(x,l) means here: function of (x=mass) and (l=liquid).
So … a "function of mass, liquid" - is OUR beginning .. LEADING to - the understanding
of the foundation … for creation.
...Then we can see:
-- Every star (included our sun), "plays" - "its own melody".
.....As long as the melody … is unchanged ... the star is "healthy".
.....When the melody changes - the star, starts "to die".
.....Through the understanding of string theory - this melody can be "repaired", so
........string theory may be a kind of "medical science" - in THIS context.
===
This is a simplified version, of a description - of what string theory might be.
The function … contains many more elements than mentioned here.
The main point, with this simplified explanation - is to show the possibility
for that we must look at string theory - in perception wider than
"x=(a number)".﻿

NB: Amongst other things, I didn't appreciate how he glossed over the Kaluza-Klein theory; how it tied in with Einstein &; String-theory. Kaluza & Klein formulated GR in 5 dimensions & Electromagnetism, Maxwell’s equations simply fall out of the theory. This was the tie to String Theory which also encompasses both theories as Maxwell’s equations have already been unified with the rest minus GR in the standard model.﻿