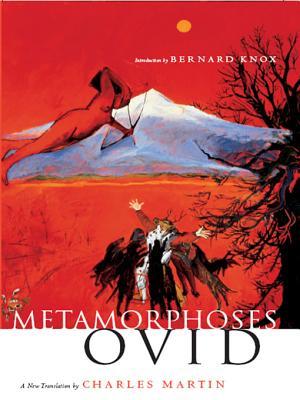 “God himself helps those who dare.”

When I think on Ovid and Shakespeare, my own poetic streak resurfaces. Read at your own peril (word of warning: If you don't know either your Shakespeare or your Ovid, what follows won't make much sense):

Sentenced to exile! - be seated-
Let me roll back the years-
(Please lend me your ears)-
And give me the closure I've needed.

Brooding in sorrow? - a bit-
Denuded of gladness,
Heart-sated by sadness,
For a crime that I didn't commit-

A knock at the door - o, the terror-
I did nothing wrong!-
Just a lapse and a song
(In the Latin, John - carmen et error).

Mid-production, summarily forced
To abandon the Fasti,
And make tracks to the Black Sea,
My licence to scribble endorsed,

And shorn of my access to libraries-
Surrounded by Trolls-
But - where are the scrolls?-
Ditto, likewise, writers' rivalries.

A résumé! All that I writ!
That's a splendid idea
(Send it c/o Crimea)
Though I s'ppose that I'd have to admit

That folks tend to prefer - sob - the early stuff-
Which makes common sense,
As years now from hence
That's where you should find all the dirty stuff.

This is one of those canonical book I'd never read until now. Every time someone asked me whether I'd read it, I 'd say, "Ovid? I'd be livid. Avoid it or the void beckons. Have instead ovoid object for breakfast."  Only after having "finished" my Shakespeare Journey I became avid about reading Ovid. Fervid even. It all seemed so vivid to me. But I was livid when I found out that the video had killed the Ovidian star...

NB: I’m not qualified enough to write on Ovid...Maybe when I’m as old as dirt I’ll be able to...But if you have ever read my stuff on Shakespeare, I think everything on Ovid is already said and done.
Publicada por Manuel Antão à(s) 1:59 da manhã Sem comentários: