Dear me at 15: "Moab is My Washpot" by Stephen Fry 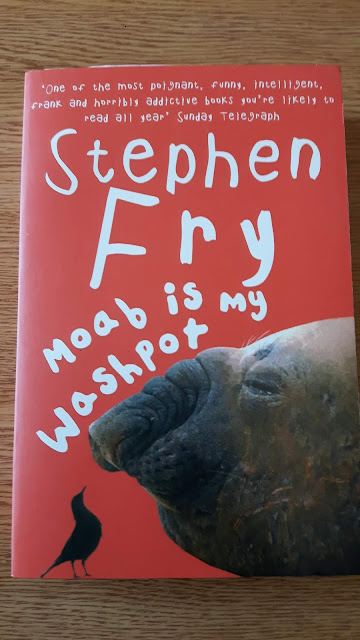 1. The girl you've been obsessing over is a trollop - move on;
2. Pull your trousers up;
3. Don't shave your hair to a number 1, it makes you look ill;
4. Trade your PC in for a mac;
5. Read High Fidelity, Norwegian Wood and On the Road;
6. There is music outside of guitars;
7. Your mum's alright really;
8. Don't worry, you are right, the world is crazy;
9. Relax, women are basically friendly;
10. Pay attention, you only get one shot at this;
11. Read some books that aren't Football, Tennis or Rugby related;
12. Grow Your hair -it will make you look older;
13. Don’t drink from the wine bottle that is handed to you at the beach party - its piss;
14. No matter what you do, think or wear, some people will dislike you, and some will be mean - it's honestly no reflection on your character that you're don't delight everyone. When it comes to friendship, quality always trumps quantity;
15. Stop kissing everyone. Stop smoking so much weed. And don't let that Emily girl convince you that smoking fags is cool, it isn't;
16. Don't listen to those ridiculous people you go to school with. They're mostly fools who are now in dead end jobs. They aren't cool;
17. you think that you are a Punk now, well here's come surprising news, you are a total hippie at heart. Didn't expect that did you!
18. You will be happier in your late 30's and early 40's than you will ever be in your teens and 20s.
19. Try not to sleep with too many unsuitable women;
20. Refuse to make compromises when your dignity is at stake, never accept the political, social and economic status quo, learn to be tough, do unto others as you would have them do unto you (the Golden Rule - helps in life whatever your religion/no religion). 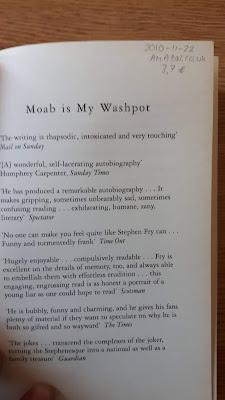 I think that a lot of light seems to go out of people as they get older, and they mostly become much less emotionally interesting. I would not say this is because they pass from a state of unhappiness to one of happiness, but rather, through compromise, large areas of their emotional selves get shut down. Making do, fitting in and getting by, ceasing to enquire, enjoying the soft pleasures of conformity, an indifference to self-knowledge, not holding out for anything, settling for the comfortable cell - this is what brings about deadness of soul, in my view. Happiness, on the other hand, is, for me, a state of brilliance, nothing dull about it.

NB: I love that Stephen's heavy-souled and unwavering honesty through this book earns him such a great amount of respect from me to allow him to get away with that generalising and almost-righteous pitying of the 'normal'. Instead of being offended by it - and I'm sort of annoyed at myself for even thinking that I could be - I'm in awe of the pure guts he had to say it - 'poor normal lambs' - and the frankness with which it is said. Beautifully table-turning. Perhaps I am ignorant even in my tolerance, without the viewpoint of homosexuality and the confusion and consequent soul-searching that come with it.
Publicada por Manuel Antão à(s) 1:41 da manhã Sem comentários: 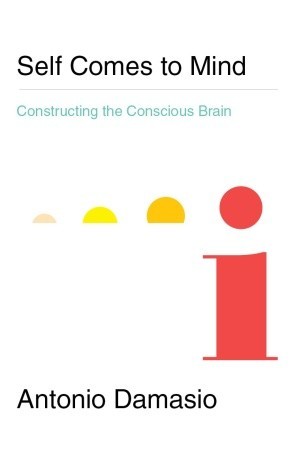 I think that if you look at the internet and the World Wide Web it gives some insight on what Damásio’s book is all about. On the one hand you have the network of servers and cabling and input and output devices and on the other you have the network of websites. We know that the latter sits on the former but you can tell very little about one network from the other. When you look at this webpage, for example, it looks like a single, though quite complex, entity but the annoying advert down the right hand side, for example, may sit on a server on a different continent from the text that you are reading and the photograph on yet another. There is nothing on the face of it to tell you that this is happening (although if you look at the code behind the page you can see what is intrinsic and what is being imported from elsewhere - but still very little clue about the hardware). Similarly you can examine the hardware with all the skills of and electronic engineer and it won't give you the Guardian webpage. Neuroscience is approaching the brain as the electronics engineer would approach the internet whilst conscious thought bears more resemblance to the network of webpages. Consciousness must reside in what the brain does and not what it is. During our lifetime the molecules within the brain will have turned over many times and yet not only do we have consciousness we have a sensation of continuity of one conscious entity which is inextricably linked just to me and can't move into any other person or object - even though the stuff of which my brain is made will be continually changing and could end up inside someone else's brain. An analogy would be if the company hosting this website swaps over the server storing the data for this webpage. That could easily happen in a way that would be undetectable to the person reading the page so long as the data was moved intact.

I'm not saying for a moment that the internet is conscious - others have made that point and I make no comment. What I'm trying to point out is that just as you can tell very little (nothing really) about the function of the world wide web and its content from looking at the hardware (and vice versa) you can tell very little about consciousness and the experience of having a brain by looking at the anatomy (and physiology) of the brain, certainly at the macro level. Just because you can't bottle consciousness like you can bottle a brain you can't bottle the world wide web either as it is a dynamic function and not a solid object. That doesn't mean that it's supernatural. Consciousness is a dynamic function of the brain and it isn't a solid object either - nor is it supernatural in my opinion (these are not exclusive alternatives as some seem to assume).

My point about external input being necessary for changes to the web whereas consciousness is entirely internal. Whilst it is true that most content on the web has been put there by human beings it is perfectly conceivable that content could be automatically generated in response to information received from sensors (or perhaps even randomly) - and this probably does happen in relation to such as traffic and weather. Compared to human consciousness the web is very primitive still, of course. The analogy is as imperfect as using the interaction of snooker balls to demonstrate the interaction of the planets - one is not the other but it is not without some validity.

As for the external influence on our consciousness - that comes from our genetic inheritance. We have a lot of pre-programmed instinctive behaviour (the lower animals such as insects appear to be entirely instinctive and their behaviour can be precisely modelled by a robot, but we can't be sure they aren't conscious nevertheless). And then, of course, our conscious experience is being continuously affected by input through our senses - and by any psychoactive substances that we might take.

Of course, my analogy only works if you believe there is something outside of us that directs all these actions. Websites/the internet does not change server data for websites by itself. Those are conscious actions by conscious individuals.

As someone in Tech for a long time, and back in the day involved in learning about deep learning/deep neural networks ("AI" if you will), the whole idea of computers, the internet or neural networks somehow gain consciousness and becoming self-aware is patently ridiculous. I also don't believe, for instance, that consciousness is the result of, or our brains are simply a large series of floating point matrix calculations, driven by some cost function.

Here's my theory. It centres on the SallyAnne test which talks about theory of mind - the understanding that other entities can have a view point. So, the brain builds a model of the world it sees. Gradually that model becomes complex enough to understand that other entities with their own models may exist. At this point your behaviour in the test changes. However, over time, the model gets more and more complicated until it includes the fact that the other entities world model includes a model of you. My theory is that at this point you have lift off though feedback. You become conscious through your model of other people's model of you. Rather egotistical maybe.

I'd suggest that the emergent behaviour happens from first "modelling" others as having something we call a 'conscious mind', which even entirely behavioural agents can appear to have if we are not aware of all the stimuli they are subjected to, and then - due to recognising that we are similar to them - modelling ourselves the same way. Observing children develop, it would appear that they (typically) have models of other people as individuals with their own motivations before they become 'fully conscious' of themselves as individuals.

Modelling the observable responses of others as a 'black box' capable of self-determination would appear to make sense from an evolutionary perspective, and re-using the neural apparatus to model oneself appears to be a reasonable and effective use of resources.

NB: Damásio is a fellow Portuguese.