Overwritten Fiction: "IT" by Stephen King 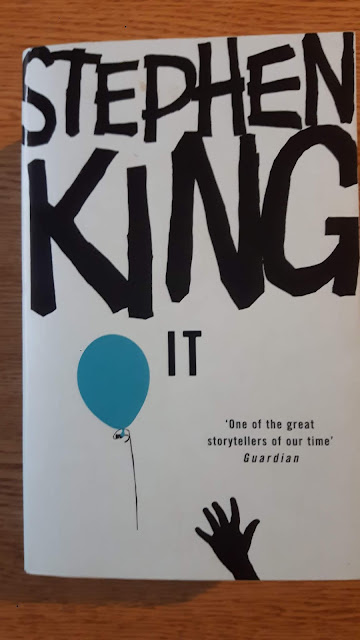 For the most part I am not too concerned with genre writing as with Literature, unless said writing IS Literature (e.g., P.K. Dick or Hammett). I admit I did read Brown's Da Vinci Code, with no pleasure at all, because I am a bit of a fan of deep dark secrets encoded in the arts, although I tend now to think of it like Foucault's Pendulum, SPOILER HERE; that the secret is that there is no secret. Still I wonder if I dislike what seems to me as overwritten and precious prose so much because it just doesn't sing in my tin ear. If you feel like going to the trouble, what are some examples of prose that sings to you, from the domain of literature, and some of the stuff you find unreadable that the rest of the world loves?

As to the last question, I have to be general, since I have a lousy memory and I am far away from my bookcases. As I have said elsewhere, Rushdie doesn't sing to me. Neither does Tolstoy. I find all the Beat writers insufferable and I don't get the reverence for Marquez at all. What I love... So many more things. Chekhov is one of my all-time heroes. Shakespeare, of course. Robertson Davies, Jonathon Carroll, Octavia Butler, Ursula K. Le Guin. All of these writers sing. You understand that this is just a tiny fistful of them.

On the whole I don't care much about the distinction between genre and literature, apart from the fact that we live in a reading world where people can get obsessed about these things. My own stance: there are only stories. Good ones and bad ones, well or badly told. Genre (as in: all the cupboards you can devise) is just a distraction.

What is the difference between Homer and Game of Thrones? I don't mean this as a glib question. Seriously, was the campfire Homer trying to do anything different from what the writer (or broadcaster) of GoT is doing: to capture and hold an audience by telling a tale of heroes and Gods and monsters? Isn't much of what we talk about when we talk about literature and genre simply the respectability of time passed? 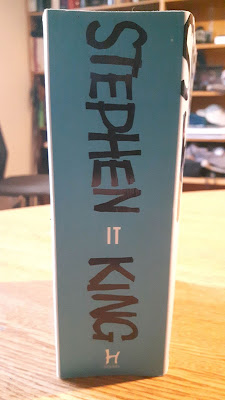 I once seriously pissed off a professor when I was attending Universidade de Letras in Lisbon (I didn't like him and the feeling was mutual) by handing in a paper comparing Shakespeare and Stephen King, arguing they were really doing the same type of thing. Both writing for money and trying to reach the widest of audiences, both relaying heavily on grandiose set pieces, the supernatural and both heavily influenced by the idea behind the old Greek tragedy: that, contrary to what most people think, it is not hubris that really determines our fate but some more basic flaw.

So, to me, yes, there is only story - and the music of prose. Updike gives great story. Neil Gaiman has a better voice. All of that, of course, is personal. Up to a point.

To be fair, Stephen King is a pretty divisive writer. When he's good, he's good. When he's bad he gets published anyway and that does a lot of harm to his reputation with some people, just like Martin. He recycles a lot, he writes some very two-dimensional characters and he resorts to generic horror movie tropes all too frequently, but with a harsher, less greedy publisher he could be great. Half the books, half the waffle, half the good starts with bad endings and bad starts with good endings. A more consistent body of work would have prevented a lot of the criticisms of his work, and that's the publisher's job, not his. But they all probably made a lot more money this way. “IT” is a good case in point. It could have been much better than it is. “IT” and “The Stand” are probably the only two works from King I actually considered great writing. The rest of his stuff? Good, at best, to just downright mediocre most of the time. It's hit and miss with King; mostly miss. “IT”, though, is undoubtedly one of my favourite. Heck, the book would have been great even if the supernatural aspect of the story was excluded. Kind of a like a Great American Novel, but not quite.