2014 is going to be the year to read lots of new authors. Robert Adams was on my TBR pile since I can remember. Now was the time. Finally.

Having not read his previous work, I was just plain flabbergasted by this novel’s technical expertise.

The brain surely works in mysterious ways. While reading it, I kept thinking about Arthur C. Clarke. The same kind of narrative wonder is on display here. Unfortunately some problems make the novel less than totally enjoyable (see “Things that I did not like” below).

I sense that for Adam Roberts a lot of the appeal of science fiction isn't exactly in the science. It's in something that makes a leap. Like Asimov he seems to be fascinated by whodunits; in the SF field there are not many writers who have tried this approach, ie, to be able to devise clever whodunits set in a SF world. This novel is a clear signal of that. And it’s a quite clever whodunit.

Readers of a more traditional type of SF must look elsewhere. Adam likes to play with words and metaphors, which is something that’s not present in everyday-SF. Like Christopher Priest, Adam Roberts also tries to make a kind of rupture. To achieve that via conceptual jumps out of what we're familiar with is quite difficult. For me good SF must have the ability to estrange, and to make new. That’s what distinguished good from bad SF.

Also a very strong plus are the numerous interior illustrations by Mahendra Singh. It’s not easy to convey, at the same time, a sense of being both vintage and futuristic.

Drawing another parallel with “The Adjacent”, which can be clearly identified as SF, “Twenty Trillion Leagues Under the Sea” is not like anything you’ve ever read. It also seems to be traditional SF, but underneath it’s something else.

The things that I really liked: (1) the way the classical works of SF are used as a basis for the narrative; (2) the literary techniques

Things that I did not like: (1) some decisions seemed to lack internal justification, eg, why did the submarine on its maiden voyage took a 500-feet dive? (2) The crew seemed to be ill-prepared for the problems that arose.

If you put a five people in a room and they all read this book there would more than likely be five different interpretations of events. Adam Roberts manages to touch upon everything from politics and religion to the quest for ultimate knowledge and multi-verse theory. This is my type of story, when different readers will each take something different away from it.
Publicada por Manuel Antão à(s) 2:55 da tarde Sem comentários:

"Crocodile on the Sandbank" by Elizabeth Peters I had serious doubts about tackling the first in the "The Amelia Peabody" series. "Crocodile on the Sandbank" is a book that was in my to be read pile for years and years. So much to read and so little time do it.
It was with some trepidation that I started reading it. In the first third of the book comes this gem I knew I would like when, after rescuing a young woman in Rome and hearing how she was seduced and betrayed, the first thing she asked was what sex was like (at the time, Amelia was a spinster who neither expected nor desired marriage...). I don't know what I was expecting but it wasn't this...
Voice is one of Peter's strengths. This is why I found her to be so hit or miss. If she’d just focused on telling the story, I think that would come across and her characters would be more fun and charming. When she’s making her points (, I find that the characters and story drag: eg, women are equal to or greater than men. I just kept thinking " just get on with the book!”. This kind of thing pulls me out of the story and interrupts my flow of reading and irritates me deeply. To be fair, anything that pulls me out of the flow of reading is going to irritate me.
Publicada por Manuel Antão à(s) 2:59 da tarde Sem comentários: This is just a taste for a proper review to follow.

What freaked-up daydream I've just woken up from.

What lingers after having read it is the unbearable dread that it gives off. I've always thought that Vandermeer can set a book's atmosphere like no other writer.
I just wish this volume and the two to come out this year should have been published as a single unity. That aside the first volume still works on several levels.

Another writer would not have been able to write a first volume as contained in itself as this one was. The ending was strange and a little bit off-putting. This would prove deeply unsatisfying in most novels, making me suspicious the writer couldn't actually decide what was going on, but it works here.

After "Finch" (which I didn't like), Vandermeer is the true master of the weird, the gory,. He's always able to pull twisted narrative threads out like a loose stitch.
Publicada por Manuel Antão à(s) 3:01 da tarde Sem comentários: Aesthete wrapped up in his own lies.The depiction of this world of decadence is vintage. Off the top of my head, I cannot name an Author that has managed to describe sensuality with this much skill and detail.

"The Gods of Guilt" by Michael Connelly 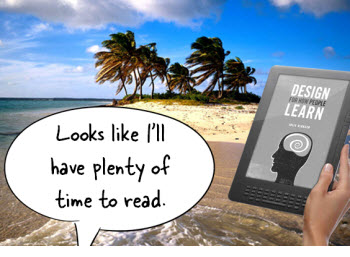 Everytime I'm hard-pressed to choose my proverbial books to take to a desert island, it always comes to mind Simon Cowell (I forgot in what circumstances), when told he was being given the Bible and Shakespeare, saying "You mean to READ?"Yes, to READ!Setting aside the usual escape and survival books (eg, " How to Escape From a Desert Island", "How To Build Boats Using Only Sand, Coconuts and Seaweed", "Coconuts, shrimp and seaweed: 101 Easy Ways To Find Alternatives to Eating Each Other Like Animals", "Techniques For Self Diagnosing Isolation Psychosis"), I'd choose the entire Connelly's body of work, as well as P. D. James' (allow me to choose series. After all I'm stuck on a desert island with little chance of reprieve...). Magically, the weight of several hardbacks and paperbacks didn’t cause me to sink straight to the bottom, and because the Creatures of the Depth are completely repelled by book lions like myself, whose vitamin D-deficient bodes and Samsung-Galaxy Tab-calloused hands reek not of blood but of public library mold.Let's get back to our issue at hand. The latest Connelly's (not to be confused with the "John" of the same surname).Connelly proves, once more, that he’s a master at plot creation. It’s structured solidly upon one character’s head (Haller’s). No fake suspense created by hopping into the head of the bad guy was needed here. When Haller gets into the courtroom, the book flares up with plot twists and Haller shines as character, even as he is haunted himself by the Gods of Guilt.By deciding that the “Lincoln Lawyer” movie had happened in his book world, Connelly broke the fourth wall, but I liked it because it felt true to his Los Angeles, and he's to live with his story having been on the big screen and that there are real consequences to that. Connelly has a clinical eye for revealing the elaborateness of police procedure and the insidious politics of life within the police, not to mention his skills in laying bare the tricks of the courtroom trade.NB1: To the Desert Island, and after I'd gotten the fire going, I'd also take the DaVinci Code so I could burn it...NB2: My 10-Desert-Island-book-stack (well 11 really...) in no particular order (I reserve the right to change it at a later date...):1. P.D. James (any book will do);2. Michael Connelly (any book will do);3. "Die Gedichte von Bertolt Brecht in einem Band" by Bertold Brecht (I'll post a review one of these days. What Brecht does with language is incredible. If you love Brecht's poetry as I do, this is the definite version for you);4. Christopher Priest ("The Prestige", "The Glamour" or "The Adjacent");5. "Gedichte" by Paul Celan6. "Die Sonette an Orpheus" by Rainer Maria Rilke7. "Duineser Elegien" by Rainer Maria Rilke8. "Sämtliche Werke" by Friedrich Hördelin9. "Die Erzählungen" by Frank Kafka (I've got this particular edition at home still to be read)10. "The Stand" by Stephen King11. "The Company" by Stephen Littell
Publicada por Manuel Antão à(s) 3:08 da tarde Sem comentários: