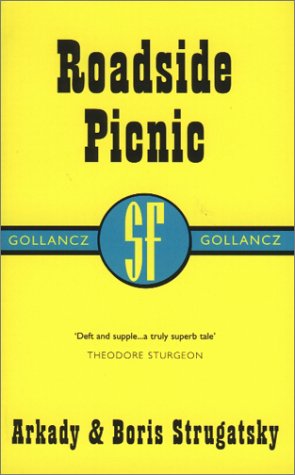 
Just started re-reading this yesterday and am already gripped. It's truly unsettling in the most understated of ways. It reminds me a little of John Wyndham's work; it has a similar quality of matter-of-factness about it that somehow makes it all the more chilling.

Pure literary gold...strangely put me in mind of "Stoner". You read and there is no way you can stop. Unless you need to go pee or drink a cup of coffee. Or you're really tired and go to bed. Or you've arrived at work and, seriously, you can't stand in front of class reading a random book; especially not on your smartphone. Other than that it's unputdownable.

SF is a genre, comic books are a medium. There are SF comic books, and there are comic books in just about any other genre under the sun. If you're referring specifically to the Superhero genre of comic books, well it's debatable as to whether that's Science Fiction or not, but it's certainly an allied genre within the whole Speculative Fiction umbrella. Star Wars is SF, specifically the subgenre called Space Opera which is a soft SF genre, light on science, heavy on futuristic action and adventure elements.

As for SF in general, I really feel I need to do more to venture outside my Anglo-American comfort zone. I've read a couple of works in translation which have been somewhat lackluster and that's put me off a bit. Having said that, I read Roadside Picnic by the Strugatsky brothers this week, and enjoyed it so much that I didn't put it down until I was finished. Also, I tend to buy books on impulse but have never found myself buying a translated book this way - there just doesn't seem to be that many, particularly for recent works. Consequently, although I could name a few old SF writers from around the world, I really have no idea who the Taiwanese equivalent of Adam Roberts is, for instance.

NB: If only someone could write a book where one would feel afraid to turn the page.
Publicada por Manuel Antão à(s) 1:32 da manhã Sem comentários: 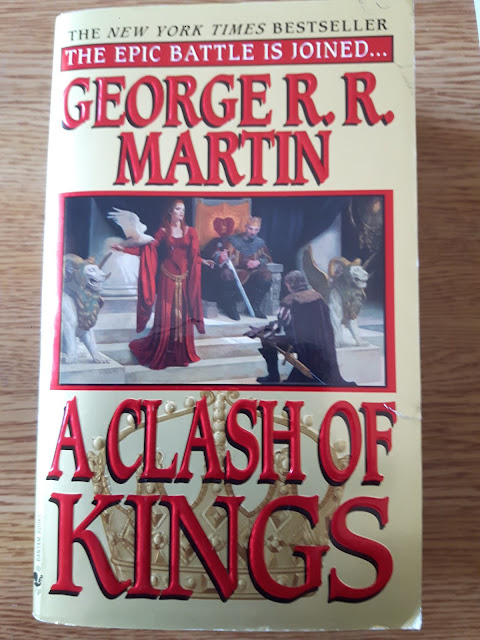 It shows how far fantasy has fallen as a genre if people think GOT is the high water mark, but in truth, the "rot" started with Tolkien and his world building, now everybody thinks that a few maps, a few dragons, and providing the nominal GDP of every region in your world, is enough to constitute a 'fantasy' book. I blame Tolkien for making it sound so easy...In its defense, “A Clash of Kings” is one redeeming mark is that it's not Robert Jordan's God awful “Wheel of Time” series, but that's not much of an endorsement, is it? As for “A Clash of Kings”, what do we have? A Medieval soap opera with some fantasy elements tacked on, war of the roses with dragons thrown in for good measure... There is little of metaphor, landscape, or humor. Nihilism is the keyword here, nasty brutish and short, to say nothing of the rampant misogyny that pervades this book at every turn...The irony is that Martin is a good writer, and before somebody says here we go, here's the hipster with the obscure book, “Fevre Dream” is a good fantasy novel, with all the key elements of what makes a good fantasy novel, worthy of its place in the fantasy masterworks series...”A Clash of Kings” is fantasy for people who wouldn't know the genre if it whacked them with Conan's jockstrap...If you consider Gene Wolfe, Fritz Leiber, Joe Abercrombie, Roger Zelazny and even, God forbid, Piers Anthony then George R. R. Martin shrinks. A lot... 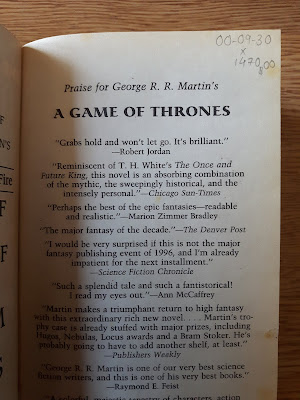 On occasion he rises to "adequate". Sure, he's no Dan Brown and certainly no Jeffrey Archer, but he's a David Weber rather than an Iain M. Banks...He seems to have one good 'idea' per book - the battle of black water, the red wedding - but then fills the other 800 pages of each book with filler. It's quite clear he has no idea how to end it, and also clearly gets very bored of some of the characters he creates, which he solves by writing them out of the series and then introducing a load of new ones.

Whether he finishes it or not is kinda moot at this point I feel. The TV series (which I've reached as far as series 6 I admit, but I could only watch the first episode) feels so much better than the books is because it cuts out so much of the fluff and just gets on with the story (I've said this before elsewhere so I won't carry on) - something you feel George R. R. Martin could have learned a lot from a long time ago. If he, or his publisher demanded he got a decent editor, he'd probably be finished by now with a series held in much higher regard than he's currently managing.

NB: “Tuf Voyaging” was a nice surprise. I didn’t know Martin had it in him to write like that.
Publicada por Manuel Antão à(s) 1:15 da manhã Sem comentários: