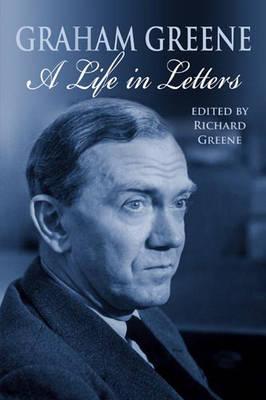 There some odd little insights: about how people used to travel by sea and get horribly ill, but then air travel came along and changed all that; Greene's very Catholic attitude to extramarital sex - screw your brains out, go to Confession, go to Mass, go to Communion, come home, screw your brains out with partner not your wife, go to Confession ... (I'm Catholic so I think I can say these things); [2018 EDIT: “The Power and the Glory” was nearly put on the Catholic Index of Forbidden Books, but saved by intervention of Cardinal who later became Pope Paul VI]. I’ve always been fascinated by Greene's “strangeness”: long and curious friendship with Kim Philby, who he visited in Russia several times, Greene's visa problems with US in the McCarthy era, Greene's amazing journeys of research for his novels - I suspect he would have put most of his contemporaries to shame - would I be right or wrong here, Greene's long friendship with Evelyn Waugh, which has caused me to reconsider the bad press Waugh usually gets as a nasty personality, and Greene's failure to win the Nobel Prize because he was Catholic, etc., etc.

As with all “Life in Letters” brought out by Penguin I've read so far, this is a collection of great richness, and I would suggest, a must for all Greene admirers.

I remember reading, I think in a Colin Wilson book, that Greene once played Russian roulette. I was wondering whether this was true or some sort of fake story. Also weren’t Greene and Waugh both Catholic converts?

More stuff on Greene from “A Life in Letters.” The Greene family was quite remarkable - diplomats, spies, explorers - all sorts of interconnections with Britain's ruling elite. Greene himself became very influential in the publishing industry. Greene almost financed Muriel Spark in her early career, regularly sending her 20 pounds when 20 pounds meant something. She repaid him by sending him copies of her books right up to when he died. He persuaded Mervyn Peake to edit Titus Groan, thus he helped bring the world the Gormenghast Trilogy. When Peake was wheel-chair bound and virtually paralysed he tried to make arrangements to get his expensive care paid for, but sadly didn't succeed.

He was always doing those sort of things for fellow writers. Though he wouldn't have a bar of J. B. Priestley, who claimed he was in one of Greene's early novels and tried to have the novel pulped. 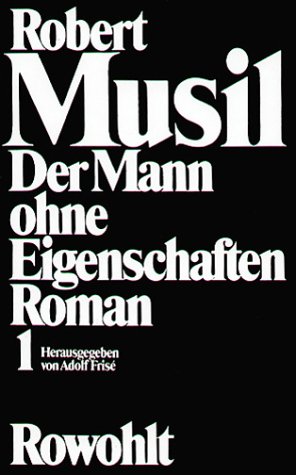 I've long waited for someone explain to me what the criteria are to select the best fiction out there. I know when I like a book or when others like a book, yet critics and intellectually sophisticated people often talk about books as if one can assess their value objectively, going beyond mere preference. Yet, mysteriously, the criteria by which literacy value is to be assessed are never stated with sufficient precision so that they can actually be applied. Even though saying exactly what literary value is would be of extraordinary importance to make the point the author wants to. In the absence of any solid and justifiable philosophy underpinning assessments of literary value, I fear we have to take pronouncements on what's good and what's bad as a form of virtue signalling in certain circles.

There's a mighty large area between objectivity on the one hand and mere preference on the other. It's the area in which many of our judgments - not just literary or aesthetic, but, say, political or moral, take place. When we judge a book we rarely just say that we like it (in the same way that we might say we like toffee or cats) but rather that we think that it is a good novel. And, whereas there is no possibility of arguing on the basis of someone saying "I like toffee", there is a possibility of constructively debating whether a novel is good or not and, in doing so, we can advance criteria (about which we might also argue), and are able to argue using these criteria and textual evidence. No, it's not science, but it's not mere preference either. It's more like debates about politics or morality which rarely have objective value but which most people don't believe to be mere preference either (though no doubt rationalisation of preference can play a part too).

I'm not criticising all normative judgments.

There's plenty of very convincing, sound and transparent reasoning when it comes to normative judgments. It can be a delight to read. Examples would be about how one ought to decide given an objective (rational choice theory), how one ought to assess the evidence in favour of a claim (scientific method) and even how one ought to choose morally, in politics and ethics, though there is much less of a consensus amongst scholars in those fields. But the key is that it's serious, transparent work. Not obscurantism. If I disagree with a conclusion or argument in moral philosophy, I can identify the premises and principles I reject, and understand their content.

But what makes literature (and art in general) more problematic in some ways is that it can (and the best, or perhaps the most radical, generally does) create its own new criteria for judgement, thereby rendering a priori criteria useless. Good literary criticism cannot be overburdened with rigid criteria or methodologies or it risks being inflexible and totally unable to deal with its ever-shifting object. It needs to be reactive to the fact that some novels teach us how to read them. I don't think this means that literary criticism (of the best sort) is vague and obscurantist, but rather that is necessarily tenuous, provisional, open, generous, and essayistic. That's very far from the "this book is a masterpiece and a tour de force of blah fucking blah" mode of broadsheet literary reviewing.

In this instance, the writer just seems to be advancing the idea (entirely unremarkable as it is) that 'difficulty' or complexity is not intrinsically a sound criteria for judging books either as good or bad: good books can be difficult (and perhaps often are), but difficult books are not necessarily good. I wouldn't have thought it needed saying, but apparently it does. Tom Stoppard had a good line about this in one of his plays - where he compared good writing to a good cricket bat. So - you can use any old lump of wood to hit a cricket ball but it will hurt your hands and not work as well as using a cricket bat which will hit it further and with no pain. He (or more correctly, the character in the play) says that good writing does the same with ideas... Made me think of Father Ted, eponymous hero of the 1990s t.v. comedy series, who tried to impress a visiting novelist by putting unread books on display including Dostoyevsky’s Crime and Punishment and then had to fake his way through a discussion on its literary merits - funny scene as I recall it.

Pretending to have read more, seen more, done more etc than others is a literary trope that goes back to the earliest origins of literature, at least in the West and Middle East. Historians like Herodotus or geographers like Strabo all inflated their knowledge to further their own reputation and/or political agenda. ‘My library is bigger than your library’ seems to be a boast with a very long history - at least amongst men. I recall back at university very many moons ago, there was a hot shot ethics and social psych tutor, a rising star in academia. I had to visit his office to hand in a delayed essay "Does the existential critique of a common reality lead to nihilism?" I was impressed by his long wall-filling phalanx of books, more apparent than the other older, less shall we say mental-flame buoyant tutors. For some reason without really thinking before departing I inquired, "...a lot of books there, have you actually read them all?" His head snapped back over the shoulder, "NO! But I know what's in'em!!!" Ouch. "The Man Without Qualities was one of those books on display. Back then I used to dip in and out of novel (if I can call it that) regularly, this much thumbed paperback looked slightly tatty, and a good accompaniment on the metro. It was big too big for pockets, however, so it was best read in winter when I wore a big ex-army (Swiss) winter coat with deep pockets which it fits in to. I had bits I like best. The first pages. Then there were long bits that lost me and which I skimmed over. Now I think of it, most long books, maybe all, have bits which are best read fleetingly. The special strength of Musil is that as far as I'm concerned all is best read from a distance, fleetingly :) Over the years I learned the trick to reading "The Man Without Qualities" not to expect anything to happen. The first couple of times I read it, I found, for example, the absence of a clear definite plot quite a bore sometimes - and this goes on for longer than many a modern novel. But after a while it becomes utterly beguiling, the extraordinary rhythm the novel has, its magnificent scope, and above all the love that Musil has for all of us and everything - Ulrich takes every sin into himself and his characters, forgives them all and thereby forgives us. What makes it still enjoyable, for me, is all the intertwined thoughts, histories, references, asides, that make it like hearing someone very knowledgeable telling a long story while mentioning lots of things that happen to come to mind, while overall sticking steadfastly to the central thing, like the juggernaut.

I don't think you should be squeezing “TMWQ” into a two-week summer break; it's not that kind of a book - it's better to read it slowly over the course of a year. Each of the 3 volumes are door-stoppers, so if you just think of it as 3 novels to be read in a year it's not that much of a marathon. Anyway, if you haven't got into after a hundred pages or so then I doubt very much you will - though, of course, you might at a later date like me.

[2018 EDIT: : First edition I read was in German, then I read the Portuguese edition translated by our most distinguished Germanist, João Barrento, and then, much later, the English edition.]
Publicada por Manuel Antão à(s) 1:00 da manhã Sem comentários: