"The Humanoids" by Jack Williamson It’s psychics versus robots! We´re not in Asimovian territory...And it gets weirder from there. I’m not sure if it’s just the nature of Golden Age SF, but this book is a real mess. I remember reading it a long time ago in my teens. The pacing is weird, as Jack Williamson goes through the key moments (like the humanoid takeover of Starmont society), as well as having characters totally disappear (the entire psychic team mostly fades away after an elaborate introduction, eg, "Graystone the Great" simply vanishes!).Plot-lines are foreshadowed without paying off (there are lots of hints about the mysterious origin of Forester’s friend Ironsmith, but he’s really just a robot-loving, wife-stealing jerk). The ending is also a bit of a mess. There’s some unintentional (I think) ambiguity, that gets nowhere.I should have known better than to start re-reading Golden Age SF at my age... I have a few more in store to read: Heinlein, Phil Dick, Le Guin, Vance, Wolfe, Silverberg, etc.
Publicada por Manuel Antão à(s) 11:22 da manhã Sem comentários: My first Donald Hamilton book.I got bothered by some of the dated aspects. I pretty much don't take that sort of stuff in my stride when it comes to vintage literature. I figure it goes with the territory, but sometimes it doesn't work, as it's the case.Regarding the effectiveness of the two twists that sum-up the book, I've mixed feelings. The most important of which I couldn't see it coming.This book depicts a good reason you can’t trust women (tongue-in-cheek...): Elizabeth is one of those classic "femme fatales", whose voluptuousness suggests duplicity, using her sex to her advantage, complicating our protagonist’s life as she weaves her “fabric of deceit.” Does she love her husband? Does she love her doctor? Does she love Young? Is she using none, one or all three of them to get what she wants? (I'd go for the latter...lol)
Publicada por Manuel Antão à(s) 11:24 da manhã Sem comentários: 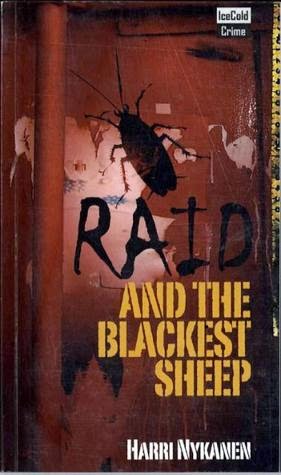 My first Harri Nykanen. A dying man is putting his affairs in order and catching up on righting the wrongs he has done and righting the wrongs others have been doing. Noir and off-centre comedy at the same time.What I liked the most about this book was its noir setting: The aging Nygren, a career criminal in the twilight of his life, who has lived in Sweden for many years and was in jail there as well, wants to go to the Arctic Circle. It is not clear why he wants to go to that place and what’s there in that location, but that’s not important. What’s important is the path, the journey to get there. Almost no justification is given for the actions of the protagonists. The Raid character is almost a cipher in itself, almost like a black hole, ie, nothing comes out. The use of the language is very also concise and cinematic. For me Nygren’s journey is more elegiac than it seemed at first. Some of the people he visited were people he himself had betrayed; others were lost family members. As Raid drove up and down the country, Nygren told him stories of his past, and how he had come to this point – and eventually, I came to see why Nygren had chosen this particular companion. After all, Raid is part of the book title…As a final thought, I’d say that Nykanen's writing is quite unlike anything else in Scandinavian crime fiction, having perhaps more in common with neo-noir writers like Alan Guthrie or Sjöwall/Wahlöö (a little closer to home), for those who like this kind of comparison.
Publicada por Manuel Antão à(s) 11:25 da manhã Sem comentários: Bad writing. On top of that, the book doesn't make much sense to me.Along with the writing, more reasons to have disliked the book:1 - Why the staircase? The silo in which the story takes place has one mode of transportation along its whole one-mile height: a small spiral staircase. There are no elevators - even freight elevators are absent. Why? Doesn't make any kind of sense. Suspension of disbelief ruined.2 - Dystopia not believableThe author chose to motivate the reason behind it as being both planned and necessary, as opposed to, for example, making the dystopia the end result of a series of well-intentioned mistakes. But any motivation is clearly shown to be false, along with any claims of necessity, when the oppressive system is overcome. Evil overlords? For goodness' sake!3 - The 5 volumes that comprise the omnibus edition are quite uneven. The first three stories are just mildly boring. The claustrophobia of the Silo is almost noticeable. On the other hand, the last two stories are much more verbose and the previous negligible tension of the first 3 stories is lost.As a dystopian world it needs developing as much as its characters, and unfortunately it never quite got there for me.
Publicada por Manuel Antão à(s) 11:28 da manhã Sem comentários: 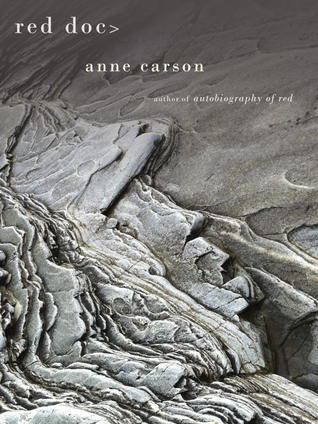 Look at the Pulitzer Prize. For whatever reason, it's highly regarded in America and it chooses novels (among all other kinds of works in its many categories) that are clearly literary, accessible to almost anyone, but infused with a seriousness and thoughtfulness that enriches the experience beyond the lighter pleasures of an airport thriller. “A Visit From The Goon Squad”, contrary to how that book was (understandably) marketed, wasn't actually that "new" or "innovative" in its linked story narrative (except for a chapter in PowerPoint, rendered with exquisite poignancy, and the multitude of registers and styles employed for each story) but it was nonetheless an incredible accomplishment in economic evocation of how we experience time passing over a lifetime and the interplay between this and music and technology and love, in all its iterations. But it's also a page-turner. And it's not an outlier. Less, this year's winner, "The Underground Railroad", "The Sympathiser", and many others, are all easy reads. That's just the Pulitzer. Even the Nobel committee, last year, awarded the prize to K. Ishiguro, a writer whose work is both popular and literary and not remotely "difficult".

As far as difficult books go, I think of Anne Carson's red doc>. It is, like all of her books, unclassifiable - but in a way that is antithetical to the chapbooks of extremely thin angry vegan poets in Brooklyn, which is to say, "Red doc>" consists only of one type of punctuation mark (full stop) (except for one exquisite use of the comma), the text is mostly laid out in a single column that is centre justified (i.e. a pillar of text in the centre of the page), the dialogue is very stripped back and washed of colour, the story is filled with extremely strange things (ice bats, a chief medical officer working at a clinic inside a glacier, a guy who is plagued by a 15 second foresight) and absolutely none of it reads like gimmick. It's an exploration of what happens when life kind of hollows out in early middle age and two former lovers mutely bump into each other after years of absence and silence. It's about how lives are just shards and fragments, pathetically incomplete, and the visual and technical constructions amplify the power of her words and storytelling immeasurably. I think it's a joy to read.

"He Died with His Eyes Open" by Derek Raymond Extrem Noir literature... One of the darkest noir novels I’ve ever read and also one of the best. Derek Raymond is far beyond noir. There probably isn't even a word for his kind of darkness I think.
I definitely see noir as existentialist literature and this is one of the its primary examples.
Everyone who's a fan of Noir should this book, but be prepared to feel the urge to take a shower and turn on all your houselights after reading them. Ever since the release of Derek Raymond’s Factory Series, five crime novels set in Margaret Thatcher’s London, they’ve been on my must-read list. Finally I got around to reading one of the books. 2013 has been Discovery Year...
I don't know if I could stand to read this book again, but I'll read the following 4 volumes for sure. One of the things that impressed me the most was its remarkable and disturbing physicality. Raymond's characters penetrated and interfered, putting me in touch with levels of intensity and disintegration that seem to combine literary achievement with a visceral view on things. His characters are both unlikely and horribly real. They live, like his narratives, in places I don't want to visit.
The book is so incredibly melancholic without ever feeling as self-indulgent as you might expect from a book that grieves at length over Death.Highly recommended.
Publicada por Manuel Antão à(s) 11:30 da manhã Sem comentários: