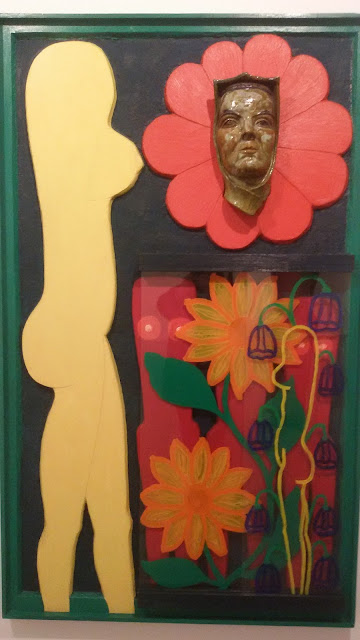 Last year I visited an Art exhibition at Fundação Gulbenkian, and I discovered an artist: Hein Semke. This is another iteration concerning that interaction between this viewer and the artist.

I imagine that an art piece can be inspired by an idea, a story, a situation...It seems to me that it's a problem when artistic production are no more than a good idea, a joke. I don't have anything to do with that aesthetic of supermarket, television, video clip, or funny and noisy ideas: 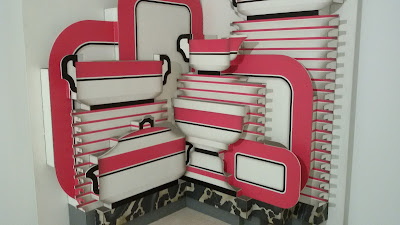 They are artists who try to talk louder than others and I'm not at all interested in such matters: it's only noise and TV aesthetic, that has progressively been extended to all fields. Robert Bresson used to say that television is the school of distraction and I agree with him completely. I'm not the slightest bit interested in this rapid and superficial aesthetic filled with amusing and banal ideas: I need another notion of time, something slower, closer to silence, shadow, pain, beauty and the impossibility of beauty, of suspension of time, solitude, incommunicability. I've already been accused of having "strange tastes". I don't agree...I feel art should be close to man. That's its implicit meaning: art should enable man to become aware of his world, of his physical and mental space, his impotence and his strength, of the shadow of leaves on the wall, of the proximity between life and death. It's also a work of memory and emotion. I see art as a path steered towards human dignity and genuine understanding of my inner needs. I love art produced with reduced resources. Reduction is the path to transcendence, even when  we want to remain very close to the real world. I like to talk about the image, form and space, but above all I like to talk about the human element, which is always the most important aspect, even in impossibility, absurdity and despair.

People are not Google’s 'Customers' or Even Google’s 'Users, but Its Feudal Livestock: “The Epic Struggle of the Internet of Things” by Bruce Sterling 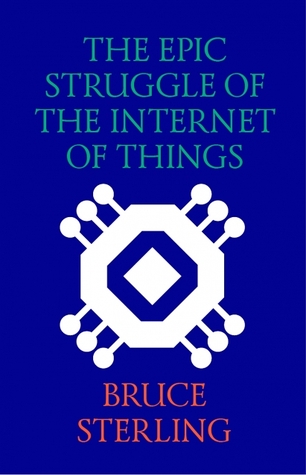 “An IoT is not a consumer society. It’s a materialized network society. It’s like Google or Facebook writ large on the landscape. Google and Facebook don’t have ‘users’ or ‘customers’. Instead, they have participants under machine surveillance, whose activities are algorithmically combined with Big Data silos.”

In “The Epic Struggle of the Internet of Things” by Bruce Sterling.

Picture yourself doing the number 2 on your recently bought high tech throne. Unfortunately your next door neighbour is a black-hat hacker. Do you want him to hack into your home system and flush your toilet while you're on it? With our current batch of politicians I can guarantee that's what will happen. I can't see them stepping up to the plate. We all also know that when it comes to safety, leaving self-regulation to the end-user doesn’t seem to work.  We all know what happened with credit cards; we all know what's still happening with customer data; it's clear as water it's not going to work for the IoT. What's wrong with this picture? Everyone who works in IT knows that if one wants to add security to a product, it's going to cost big money.  Making a gadget a safer product adds to the cost of it, and that just doesn’t work in this day and age. For IoT to become widespread we need cheap, but also safer products, and I don’t see that happening in my life time.

As someone who was busy with the Internet of Things in the early 1990s (when there was still no IoT), it's interesting to see where technology has actually provided and where it's offering great opportunity, with the potential for massive support headaches for consumers and companies. I've been around tech innovation long enough to know that attempting to provide support beyond the brand is a huge headache and very few companies can do it well and profitably, no matter how lofty their ideals are.

The problem is that we currently have only shitty IoT gadgets that barely follow any standard, if at all. Every startup is doing something proprietary just to be able to say that it works with my smartphone. Development platforms for IoT are also mushrooming, making it easy for developers to get started. Arduino comes with its own development platform and programming language based on Wiring. Raspberry Pi is capable of running Linux distros and thereby opens up a lot of development opportunities (e.g., IoT frameworks for Pi like WebIOPi; Eclipse with its Open IoT stack for Java and with frameworks for building IoT/M2M gateways like Kura, Mihini, Paho, Koneki, Concierge, to name just a few). Who do they all want? They all want you to become hooked on their product (I hesitate to say “product”. They’re more like gadgets). What we need are standards (RFC like) that will become like the DNS or TCP/IP standard. Once this is in place everyone will be able to support it. In the meantime, just stay away from these shitty IoT gadgets. One does not want to end up with one’s bathroom full of brown matter…

I cringe when people talk about high tech thrones, and self-driving cars being better when they come equipped with embedded IoT stuff. The safer part of the equation might end up being true on average, but when the home or car system crashes, as it eventually must, the shit and carnage will be respectively spectacular.

Piece of advice. This is not Sterling at his most audacious. This essay shows us Sterling trying to be grippingly engaged with the task of telling us what the world may be like IoT-wise. Sometimes it feels so unremittingly down-to-earth that it seems far too long. It felt like I was dog-paddling while reading it…