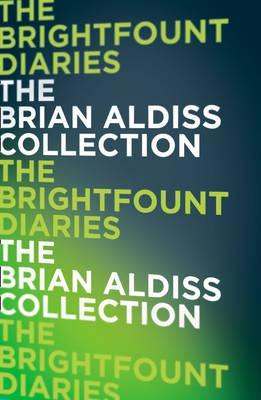 It has been a while since I read his “Trillion Year Spree”, but I would respectfully submit that Aldiss may very well have made his case for the essential nature of science fiction in making and moving on the modern world.

It is difficult to think of another genre so relevant, and at the same time (in its various forms) so popular and influential. I think he did much to point out the debt we owe the revolutionary authors like Mary Shelley (Frankenstein), and the hot-housing role of science-fiction short stories in incubating new (or reheated) ideas.

Brian Aldiss championed SF to the world outside, and occasionally gave those of us who were a little bit . . . insular . . . the ticking-off we deserved. He was part of the community in a good way, attending sf conventions, always approachable, and being the life and soul of the party but always producing books and criticism which challenged us. You could never quite predict what the next Aldiss novel would be, but you always knew there would be something to think about. He was a remarkable man. Even though he received an OBE and an honorary doctorate for "services to literature", I suspect he would have been much more successful in "critical" terms if he had jettisoned science fiction, and he would have been more successful in the sf world if he had buckled down to churn out identikit trilogies. "His work is still [in a sense] to be discovered." Yes, that's correct. It was wide, various, and deep. But those of us who discovered even a part of it are grateful to have done so.

Between Brian's own stories and his edited anthologies, (among others, e.g. Harlan Ellison, Phil Dick, Alfred Bester) new ways of processing the world were welcomed by me when I first discovered him back in the early '70s. The ground was also prepared for more left-field SF such as Iain M. Banks. Not that there are any second hand bookshops left around here anymore, (when they used to be a reliable way to browse and discover on a wet afternoon almost anywhere. Charity shops with a half-hearted shelf of TV related titles seem to have supplanted them), but I was able to get a Kindle copy of “The Brightfount Diaries”. I imagine that back when I first read it, such a thing might have seemed like science fiction. Having said that an ability to suspend critical judgement is key to the enjoyment of reading, I will also say that the books that remain with you are the ones that have greater psychological reality.

Ray Bradbury has faded, but James Blish grows stronger; Harlan Ellison was a flash-bang, and all we smell is stale cordite; The work of Phil Dick lingers like a bad dream; Philip Jose Farmer ages like H. G. Wells, but Asimov is unreadable now; David Brin is a low profile Arthur C. Clarke; Larry Niven wears bell bottoms, but may come into fashion again; Iain M. Banks big thinking feels as if it wasn't thought through, a half vision undone by plotting, half glimpsed.

RIP Brian, your works made your mark on me and many others, and will continue to do so. Always an engaging writer. I notice I only seem to have “Last Orders” and “The Brightfount Diaries” on my shelf now. I think I must have liberated the other dozen or so. And good for them, they're meant to be read, not collect dust and tobacco film.

You know, I've not read a single one of his books. I went and looked after reading this, certain in the knowledge that I had. But nope, nary a one.

I am so ashamed. You should probably commit seppuku on my behalf, as I'm not even worthy to off myself. I'll live on the knowledge of my knowledgelessness while you moulder in a grave some where :-D

I'll off myself after having read all the books I want to read. Not before...