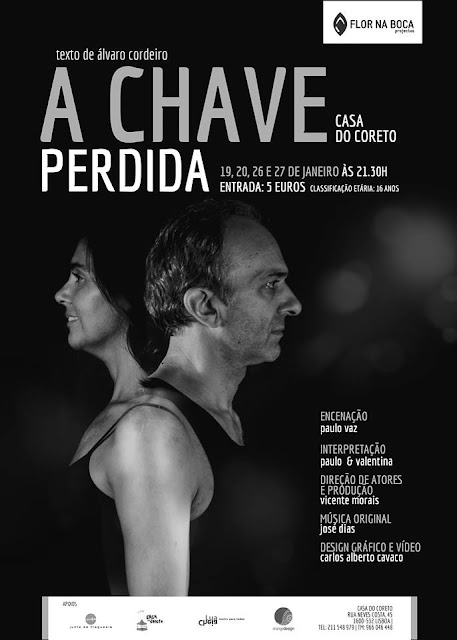 Ironically, a better philosopher skewered the idea of truth a while ago.

What then is truth? A mobile army of metaphors, metonyms, and anthropomorphisms -- in short, a sum of human relations, which have been enhanced, transposed, and embellished poetically and rhetorically, and which after long use seem firm, canonical, and obligatory to a people: truths are illusions about which one has forgotten that is what they are; metaphors which are worn out and without sensuous power; coins which have lost their pictures and now matter only as metal, no longer as coins. We still do not know where the urge for truth comes from; for as yet we have heard only of the obligation imposed by society that it should exist: to be truthful means using the customary metaphors - in moral terms, the obligation to lie according to fixed convention, to lie herd-like in a style obligatory for all...

Even more ironically, although Nietzsche  (and Álvaro Cordeiro aka Paulo Vaz as his on-stage persona) avoids applying the word "truth" to it, he is presenting this as ... truth! Whenever I have tried to read Nietzsche I have got the impression that he presents his subjective views on social and psychological matters as philosophical truth. Basically, for Nietzsche, truth is what Nietzsche says. On this play, truth is what the characters in this play say.

We do not live in a post-truth world; we live in a world of competing "truths" because people do not agree on what our criteria for and sources of truth should be. For many, truth is defined by their own experience and self-perceived identity, rather than with reference to others or history or philosophy or epistemology or science or faith. As a Christian I believe these are vital issues. As someone in the gospels is reported to have said: What is truth?

As a Computer Scientist and Maker, I can confirm that Philosophers and Creative Artists (including artists) give us a different kind of truth to what Scientists do. The purpose of Science is to uncover empirical truth, which is undoubtedly very important for us in order to distinguish fact from myth or other falsehood. However, "Science" has only been around for a few hundred years, whereas Philosophy has been around for Millennia. Much of our fundamental philosophical thinking is derived from times pre-dating Caesar. Indeed the development of the Scientific Method came about through Philosophical means. Philosophy asks the questions: Science (mostly answers them). However, the question is often far more important than the answer. You need to understand how/why the question was asked in order to understand the significance of the answer. This is why Philosophy is far more important to the critical questions of life. How do we live? How do we treat others? Science can definitely help us sort through the details but cannot provide the answers to these most fundamental of questions. Philosophy provides some answers, correct or otherwise.

And Art? Well that's where we get our imagination from. And why do we need imagination? So we can ask the right questions. So Art, and Theatre in particular, is perhaps more important to truth than Science is (and yes, Science is VERY important in this regard). As a simple starting point, the denial that there is truth is itself either true, false, or meaningless. If it is true then it is self-contradictory and therefore meaningless. If it is false then there are truths that we can ascertain. If it is meaningless then we can use the claim as an opportunity to explore why someone might want to make the claim, and this might help our understanding of the complex issue of truth. Some claims are quite easily demonstrated to be either true or false. Other claims may hold some truth, as established by experience (and science e.g.) and the true elements need to be teased out from the false and the irrelevant. Some claims may hold no truth whatsoever, but represent some indirect aspect of the claimants experience and this may be worth the effort to examine, especially if the claimant shows some prospect of being open to demonstration of the truths relevant to their claim. Some claimants show little or no capacity to be.

Abel believes the old argument that "So long as I believe it to be true then it is true." Liars and conmen have been using it for a long time. Whereas theirs is the possibility of bias in regards to one’s personal experiences, especially when conflicted with the desire to remain the dominant or positive influence in a group encounter, the reality is that those people that have "forgotten" the events have really forgotten the lies they used that day to point the blame elsewhere. Those people also usually fall into the "Say sorry to Dog before I die" category. But then try desperately to make amends with the party/ies they wronged all those years ago.

This plays showed me there is trouble with this take because we're not as reasonable as we like to believe, and we're increasingly faced by unfathomable complexity. Digestible, easily communicated, 'truths' aren't really present at the level of politics, regardless of whether philosophers say truths are possible or not. Inevitably people misunderstand (I’m not sure how many people present in the audience misunderstood what was taking place in the play), and others who are aware of the difficulty of grasping truths, exclusively utter ambiguities, which is a fair way to behave considering they're liable to be crucified at the first opportunity. It's nonsense to believe that the social world can consists of established truths; it's only ever pursuit of 'truth', a larger consensus, satisfaction/dissatisfaction with the results, righteousness, rebellion, tribalism, and headaches.

The sooner we hand over responsibility to the algorithms the better. In the current world, truth is like art. I don't know what art is, but I know what I like. If truth depends on your like for it, or not, then I recommend John Berger's "Ways of Seeing". There is an objective way of looking at art, and there is an objective of determining truth. Those who cannot do that have blinders on, for both art and truth.

My impression is that Vicente Morais’ staging successfully embodies "post-truth", although we are not in a post-truth society. For that to be applicable, we would have to have lived through a truth society. What we have is challenge of establishment orthodoxy; the "truth" that the establishment has demanded be treated as truth no longer remains unverifiable. The mainstream media is suffering because it has demonstrated it cannot be trusted to tell anything approaching an honest description of our world. Rather than post-truth, we are experiencing multi-truth. The fun is in attempting to discover which truth is reality and this play wonderfully depicts this.

In a democracy, the shared understanding is the foundation. If we want to reduce and delay poisoning this foundation with harmful fantasies, we may have to come to some common understanding on how to check the extent of broadcasts and watch more stage plays. Something like, don't propagate any new information if it is not an experience had by someone of 2-3 degrees of separation from you. Perhaps it's just etiquette, like when telephones were introduced, we agreed that you ring somebody, wait for them to say "hello" or "ahoy" or acknowledge in some manner.

I like the ritual of going to the theatre in the centre of a city or town. There is a sense of excitement and anticipation as you converge with others who have made similar pilgrimages from their own neighbourhoods. A theatre in a suburb seems earthbound by comparison. Going round the corner is not an event. The best theatres tend to be blank spaces - like the best galleries - because they focus all the attention on the play. The old Victorian jewel box theatres can be very depressing: shabby, smelly, moldering, encumbered by the distant past, poor sight-lines etc. Mind you, when I was a teenager, I loved going to the Laura Alves Theatre, an historic old auditorium, which charged only peanuts per seat. I was born in Mouraria so this way one of my favourite lairs when it came to watching plays. Everything was painted red, green and gold as far as I recall. Going there as a fifteen, sixteen year old in the 1970s one experienced the same sort of frisson one might have expected going behind the velvet curtain of a brothel. That was some theatre. I had the same experience going to Casa do Coreto (Bandstand’s House) in Carnide to watch “A Chave Perdida”. Fond memories reenacted.

Performance needs the emotional reaction from the audience, and I think we ourselves benefit emotionally and intellectually from the face-to-face contact with the arts in all its manifestations. I know so many people who say they've never been to the theatre, etc. who feel it's "not for someone like me". Schools can break this attitude down and enable young people to realise the arts are exactly for them.

- As social animals, with understanding potential limited by our sense organs and brains, we need certain axioms to make sense to each other;

- Axioms are produced out of necessity and shaped out of experience. A man in a remote Amazon community can live a fulfilled life without knowing who the prime-minister of Portugal is;

- Gossip is a means of spreading axioms. Gossips take a trial-and-error approach to networking like our own neural networks. Some are reinforced and some fade;

- Not all reinforced axioms are facts; quite a lot are fantasies that persist owing to human interest in aesthetics (art, and music; it was a clever move on Álvaro Cordeiros’ part to juxtapose both Schönberg and Kandinsky in the play) and exercising emotions (joy, fear, anger, surprise and even guilt; Rita/Sónia was absolutely mesmerizing in the way she was able to show us the two extreme opposites of emotion);

- Before the internet, a trial-and-error branch of a gossip would hit about 5-7 people. What gets reinforced over time and what is dropped was shaped by the experience of people in each branch;

- After the internet, the branch can hit thousand to million nodes (people) easily. Many fantasies (harmful base ones as well as innocuous beautiful ones) survive along with facts. Plus, to rephrase McLuhan, the gossip branch is itself information. Google and Facebook are studying the patterns all the time; go watch a play instead.