My Kind of Reviews 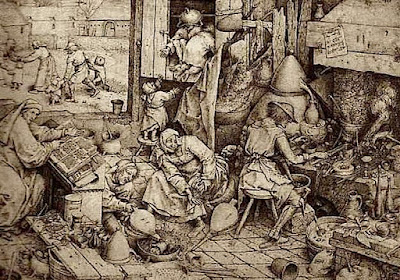 
"I don't work to be gaped at by the mob, but am happy with a few readers."


My “Reviewing Credo” does not encompass the dear reader. Truth to be told, I couldn’t care less whether a reader of my reviews wants to read the book in question or not after having read my review.

My reviewing Credo goes something like this. I want my reviews to recover what the renaissance essay form was originally meant to embody. It meant an assay – a trial or a test of something; putting something to the proof; and doing so in a form that is not closed-off and that cannot be reduced to a system. I want to communicate intellectual activity at its most alive: when it is still exciting to the one doing it (me); when it is questing and open. Literary criticism – i.e., really thinking about words in action, plays as action, films as action – can start making a much more creative and vigorous contribution to contemporary intellectual life.

As Susanna Clarke said in her book through one of her characters ("Jonathan Strange & Mr Norrell"):

'Said Mr Norrell "I have really no desire to write reviews of other people's books... it is my own opinions which I wish to make better known, not other people's."

"Ah, but sir," said Lascelles, "it is precisely by passing judgements upon other people's work and pointing out their errors that readers can be made to understand your own opinions better. It is the easiest thing in the world to turn a review to your own ends. One only need mention the book once or twice and for the rest of the article one may develop one's theme as one chuses. It is what everybody else does."'

I couldn't have said it better myself.

Sometimes some readers of my reviews send me emails saying they don’t understand the relevance of my review regarding the book and that I’m way off track. Sometimes I give lots of stick to a writer, but that goes with the territory. I even had GR’s deleting some of my reviews because of some of these reasons. The problem with reviewing nowadays is that we’re too busy kissing the author’s ass, pardon my french.

Yep, when a site like GR says "a review must be like this and outlines x, y and z", then the whole review process is pointless and is just a marketable commodity. Which is what gr is now all about.
sigh....